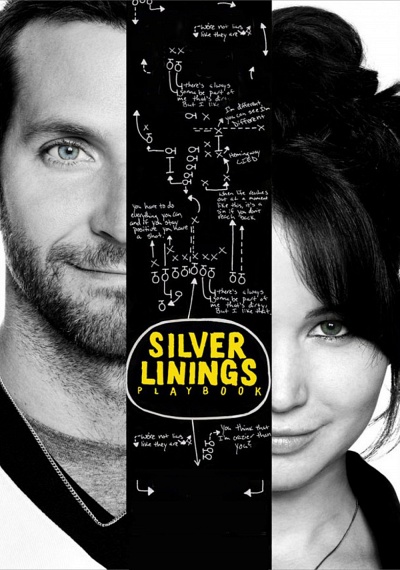 Pat Solatano (Bradley Cooper of HANGOVER, LIMITLESS) has lost everything - his house, his job, and his wife. After eight months in an institution, he lives with his mother (Jacki Weaver of THE FIVE-YEAR ENGAGEMENT) and father (Robert DeNiro of MEET THE PARENTS), huge Philadelphia Eagles fans. Pat remains positive and plans to reunite with his wife. When Pat meets Tiffany (Jennifer Lawrence of THE HUNGER GAMES), a mysterious girl with problems of her own, things get complicated. Tiffany agrees to help Pat reconnect with his wife, but only if he'll return the favor. An unexpected bond begins to form, and silver linings appear in both of their lives. Also starring Chris Tucker (RUSH HOUR, JACKIE BROWN) and Julia Stiles (THE BOURNE FRANCHISE, 10 THINGS I HATE ABOUT YOU). Based on the bestselling novel of the same name and written and directed by David O. Russell (THE FIGHTER, I HEART HUCKABEES).