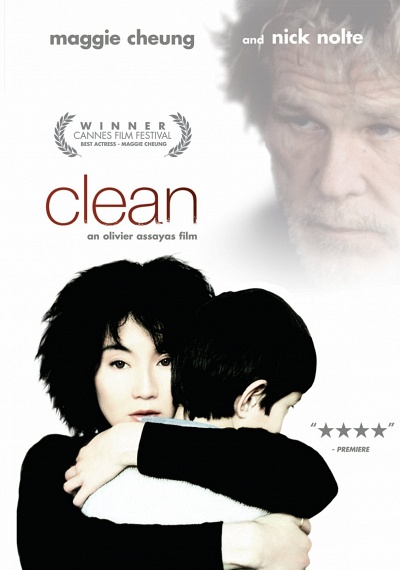 Emily Wang is a woman who wrestles with her dream of becoming a singer, her fitness as a mother, and daily life without her partner Lee. Her past is riddled with drugs and regrets, the result of which left Lee dead in a desolate motel room in Hamilton, Ontario, and landed Emily with a six-month jail sentence. The only thing that she desires for the future is a loving relationship with her son Jay, who is being cared for by Lee's parents, Albrecht and Rosemary. While Rosemary blames Emily for the death of Lee, Albrecht recognizes the importance of the bond between a mother and her son, and his faith sets the standard for the faith Emily must find in herself. Clean follows Emily to Hamilton, Paris, London and San Francisco and in three languages (English, French and Cantonese), as she battles for a place in a world reluctant to forget the woman she has been and unwilling to accept her as the woman she longs to be.