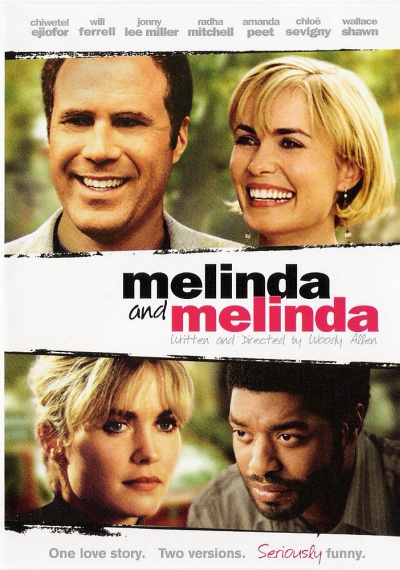 Woody Allen, one of the most respected filmmakers on the international film landscape for over three decades, explores some of his most beloved terrain in Melinda and Melinda. The twist is introduced in the film's opening scene, in which four sophisticated New Yorkers enjoy a dinner out on a rainy night. An anecdote provokes a discussion between writers Max (Larry Pine) and Sy (Wallace Shawn) about the dual nature of human drama, symbolized by the comedy, tragedy mask of theater. Ultimately a comic tale unfolds, pitted against a more dramatic version of itself-both centered around a somewhat enigmatic woman named Melinda (Radha Mitchell).