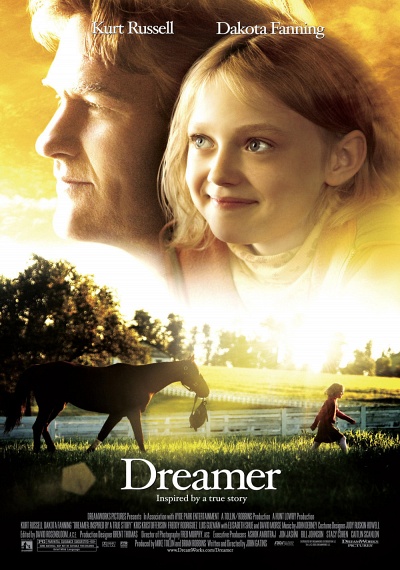 Ben Crane (Kurt Russell) is a horse trainer whose career has gone into a bit of a slump, and after years as his own boss, he's signed on to work for Palmer (David Morse), a breeder whose wealth and success has given him a certain degree of arrogance. While Ben has learned to keep his mouth shut around his boss, he forgets himself when one of his favorite horses, Sonador, breaks its leg during an important race. Palmer insists that the horse should be put down on the spot, but Ben doesn't have the heart to kill the animal, especially since his young daughter, Cale (Dakota Fanning), is in the stands watching. Ben and Palmer have harsh words with one another, and Ben is fired, but is allowed to take Sonador with him when he leaves. Ben has a hard time convincing anyone that the injured horse has any potential, especially his father, Pop (Kris Kristofferson), a fellow trainer who rarely sees eye to eye with his son. But Cale loves the horse, and Ben believes that Sonador can make a comeback with the right care, and together with stable men Balon (Luis Guzman) and Manolin (Freddy Rodriguez), he sets out to put the filly on the road to recovery.