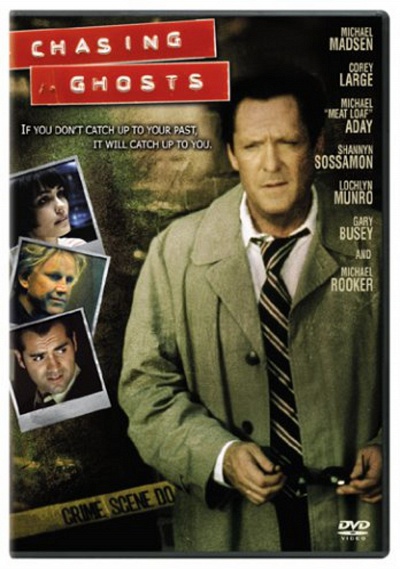 "Chasing Ghosts" is a mysterious film noir thriller, with characters often caught in the middle of where they don't belong. Detective Harrison (Michael Madsen) has witnessed enough for two lifetimes. His decision to leave the force comes right at a time of a new string of brutal murders, hell bent on bringing up some of his dark past. Harrison's rookie partner transfers to the department on Harrison's last week and is immediately thrown into one of the most baffling serial murder cases to date. At first glance, the killings seem to be a random string of prominent organized crime figures being moved out of the way, but when the killer taunts police with clues and photos left behind at the crime scenes, the department realizes the crimes are connected. When an unsolved case resurfaces in the photos left behind by the killer, Harrison realizes the message is being sent to him. Caught in the middle of saving his own and preventing more murders, Harrison searches for answers as to why this is happening here and now.