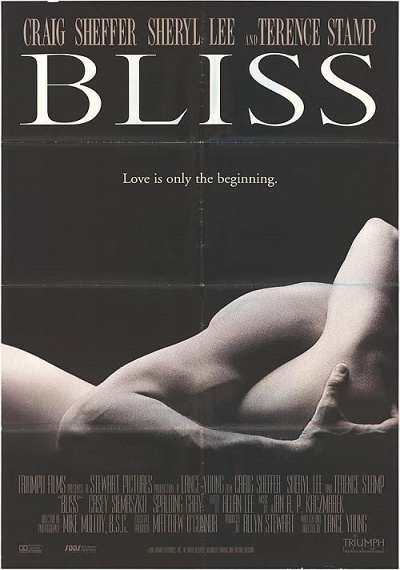 Craig Sheffer, Sheryl Lee, Terence Stamp and Spalding Gray star in this audaciously honest look at sexual intimacy and emotional risk. On his wedding day, Joseph (Craig Sheffer) nervously admits that his wife (Sheryl Lee) is not quite like other women. But his beautiful bride is more than just the "impulsive, compulsive, obsessive" woman he thinks he knows. And when Joseph discovers she is hiding troubling secrets, it sends them both on a sexual odyssey that will either destroy or redeem their relationship. Erasing all boundaries between sex, love and commitment, "'Bliss' may be one of the most daring and explicit films ever made." (William Arnold, Seattle Post-Intelligencer)