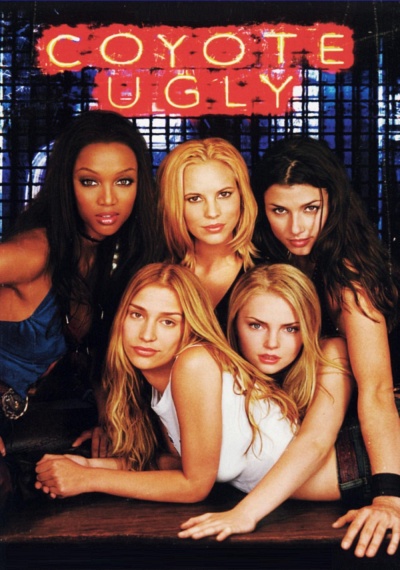 An aspiring musician becomes one of the most famous bartenders in New York in this high-spirited comedy-drama. Small-town girl Violet Sanford (Piper Perabo) dreams of making a name for herself as a singer and songwriter, so she moves to New York City in hopes of landing her big break. Needing to support herself until stardom rolls around, she takes a job as a barmaid at a new nightspot called Coyote Ugly, where the owner Lil (Maria Bello) and the staff of attractive young women dance on the bar, flirt with the mostly male clientele, sing along with the jukebox, and goad the customers into matching them shot for shot. Soon, local media pick up on the bar's success, turning the staff into unexpected celebrities, a situation that presents its own set of problems. Coyote Ugly also stars John Goodman as Violet's straight-laced father, Adam Garcia as a customer Violet becomes involved with, and Tyra Banks, Melanie Lynskey, Bridget Moynahan, and Izabella Miko as the barmaids; action-film titan Jerry Bruckheimer produced.