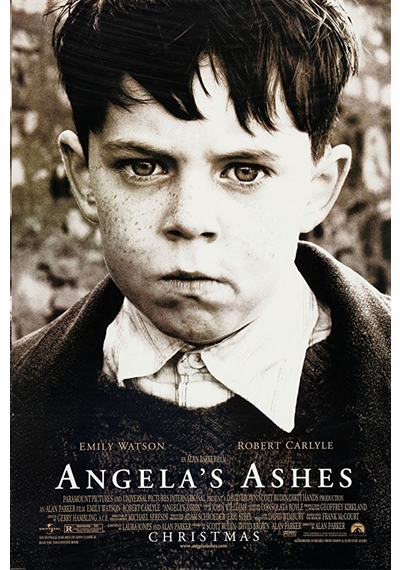 Based on the Pulitzer Prize-winning memoir by Frank McCourt, Angela's Ashes is an alternately funny and heartbreaking look at growing up in Ireland. Born in Brooklyn, NY, young Frank (Joe Breen) moves at an early age to Limerick, Ireland, with his parents Angela (Emily Watson) and Malachy (Robert Carlyle), who have been unable to support their family in America and are hoping for better prospects in their home country. But things hardly improve once they settle in Limerick; as McCourt puts it, "Worse than the ordinary miserable childhood is the miserable Irish childhood. Worse yet is the miserable Irish Catholic childhood." Illness and death are commonplace in Limerick, and Malachy's drinking and inability to hold a job make matters worse. Angela's Ashes was directed by Alan Parker, who previously looked at Irish life in The Commitments (1991); Laura Jones wrote the screenplay.