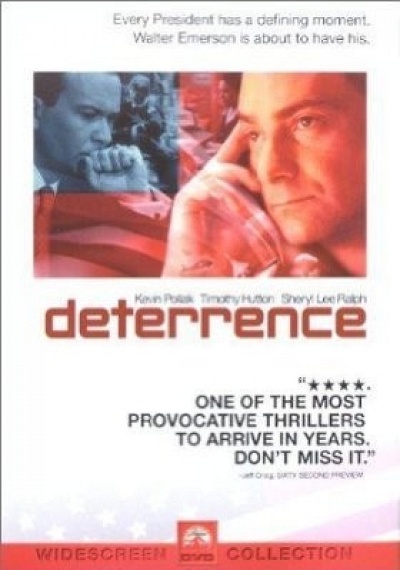 "Deterrence" is a riveting political thriller that puts the world on the brink of nuclear doomsday...and perhaps pulls the trigger. The year is 2008. During a campaign swing through Colorado, U.S. President Walter Emerson (Kevin Pollak) and his entourage are forced by a freak snowstorm to take refuge in a remote diner. Then comes a shocking news flash: a large Iraqi military offensive has been mounted in the Middle East. From his sudden Colorado command post, the stranded President and his top aides (Timothy Hutton and Sheryl Lee Ralph) must manage a constantly escalating crisis in which moves lead to countermoves, bluffs turn real and the world's fate rides on the outcome.