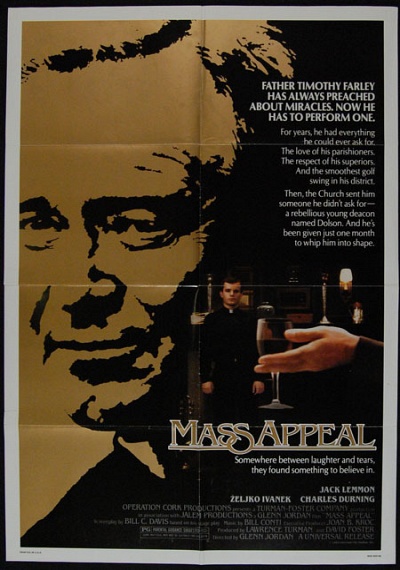 Should a priest tell his congregation what they want to hear instead of the truth? Mass Appeal stars Jack Lemmon as Father Tim Farley, a complacent priest in a wealthy suburban parish who drives a Mercedes and cracks jokes from the pulpit. When idealistic Mark Dolson (Zeljko Ivanek), a radical seminarian accuses him of "song and dance theology," the result is a head-on clash that teaches each man the true meaning of faith. Based on the Broadway hit, this witty and thought-provoking adaptation is a humorous and compelling duel of conscience and compromise.