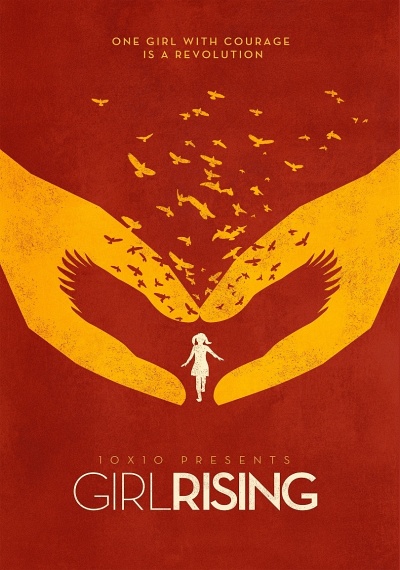 From Academy Award-nominated director Richard E. Robbins, the award-winning producers of The Documentary Group and Paul G. Allen's Vulcan Productions, strategic partner, Intel Corporation, and distribution partners CNN Films and Gathr, comes Girl Rising - an innovative new feature film about the power of education to change a girl – and the world. Meryl Streep, Anne Hathaway, Selena Gomez and other esteemed actresses contribute voice performances to the film, which features original music from Academy Award winner Rachel Portman and Grammy Award winner Lorne Balfe. The film spotlights unforgettable girls like Sokha, an orphan who rises from the dumps of Cambodia to become a star student and an accomplished dancer; Suma, who composes music to help her endure forced servitude in Nepal and today crusades to free others; and Ruksana, an Indian "pavement-dweller" whose father sacrifices his own basic needs for his daughter's dreams. Each girl is paired with a renowned writer from her native country. Edwidge Danticat, Sooni Taraporevala Aminatta Forna and others tell the girls' stories, each in its own style, and all with profound resonance. These girls are each unique, but the obstacles they faced are ubiquitous. Like the 66 million girls around the world who dream of going to school, what Sokha, Suma, Ruksana and the rest want most is to be students: to learn. And now, by sharing their personal journeys, they have become teachers. Watch Girl Rising, and you will see: One girl with courage is a revolution.