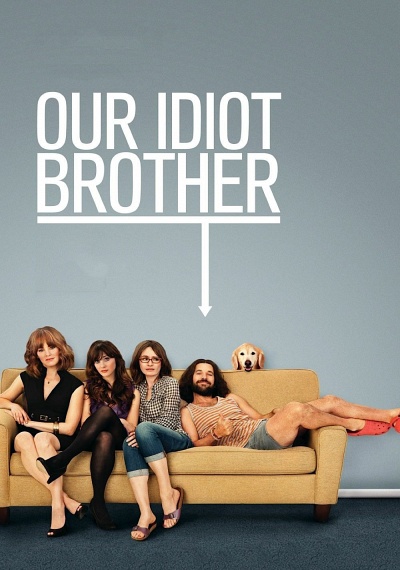 Sisters Liz, Miranda (Elizabeth Banks of TV's 30 ROCK, ZACK & MIRI MAKE A PORNO, ROLE MODELS) and Natalie (Zooey Deschanel of (500) DAYS OF SUMMER, YES MAN, TV's THE NEW GIRL), have an idiot for a brother. Perennially upbeat Ned (Paul Rudd of I LOVE YOU MAN, DINNER FOR SCHMUCKS, 40-YEAR-OLD VIRGIN), an erstwhile organic farmer, is utterly lacking in common sense. After his girlfriend dumps him and boots him off their farm, Ned turns to his sisters, who once again come to his rescue, each taking a turn housing their troublemaker sibling. Ned's unfailing commitment to honesty creates more than a few messes in their comfortable routines, but as the sisters' lives begin to unravel, they come to realize that maybe, in his steadfast optimism, Ned isn't such an idiot after all.