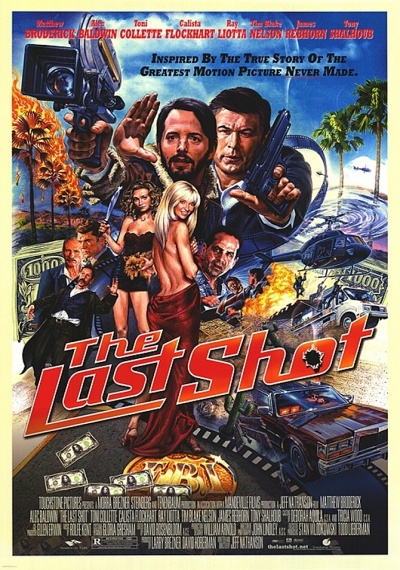 The Last Shot is the laugh-out-loud comedy caper that takes the movie business, the Mob, and the FBI and turns them into some very funny business indeed. Matthew Broderick (The Stepford Wives) and Academy Award® nominee Alec Baldwin (Best Supporting Actor, The Cooler, 2003; Along Came Polly) head a cast of outstanding stars who steal scenes and grab your funny bone every chance they get. After years of being on the A-List of complete failures, Hollywood screenwriter Steven Schats (Broderick) meets Joe Devine (Baldwin), a producer who green-lights his movie and makes him the director. But Devine isn't who he claims to be, not by a long shot. He's really an FBI agent using the movie in a sting to take down the mob. Inspired by the true story of the greatest movie never made, The Last Shot is truly funny.