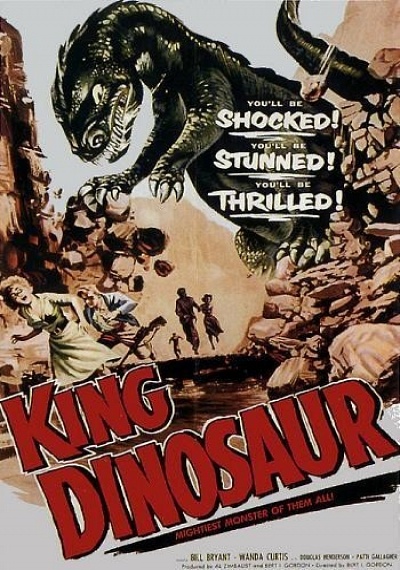 Four astronauts in 1960 travel to a planet called Nova that has just entered Earth's solar system. The crew begins to study the planet to see if it's able to withstand a possible Earth colony. After first discovering normal Earth animals such as a kinkajou and an alligator, they soon encounter and battle giant insects, an enormous snake, prehistoric mammals, dinosaurs, and the titular character, King Dinosaur, a Tyrannosaurus Rex. Eventually, the scientists blow up the planet with an atomic bomb, killing all of its inhabitants.