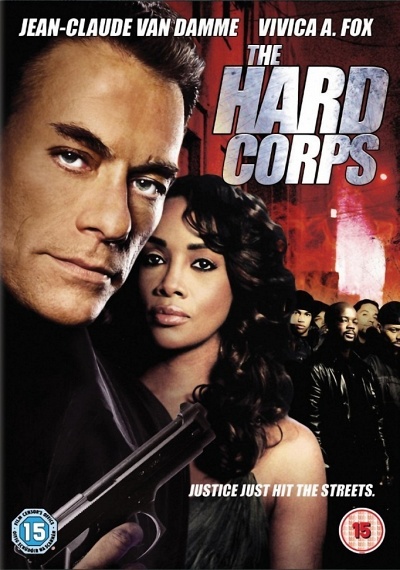 Jean-Claude Van Damme and Vivica A. Fox (Kill Bill Vo. I, Independence Day) star in this hard-hitting action film about justice and revenge. Van Damme stars as former Desert Storm special forces solider Philip Sauvage. Sauvage is hired by a retired World Heavyweight champion turned wealthy entrepreneur, Wayne Barclay, to protect him and his family against a powerful rap music mogul and thug who has just been released from prison and is out to seek revenge against Barclay- the person that put him behind bars. To assist in the protection of the family, Sauvage sets up a team of young fighters and former soldiers who become "The Hard Corps."