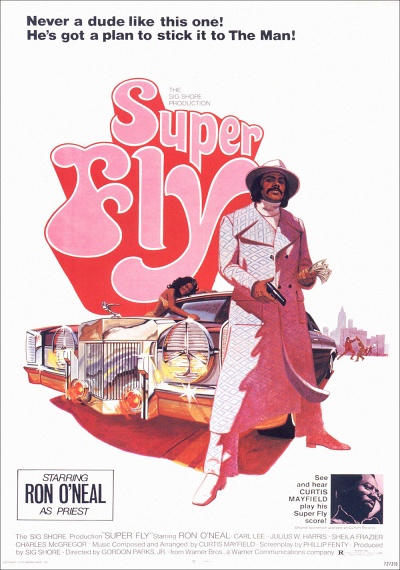 An African-American man finds that leaving behind his life of crime is harder than he imagined in this groundbreaking crime drama. Priest (Ron O'Neal) is a stylish and successful cocaine dealer who drives a fancy car, commands a small army of street salesmen, and lives a life of luxury. However, Priest is just smart enough to know that there's no real future in dealing coke, and one day he makes a proposal to his partner Eddie (Carl Lee) -- they take their 300,000-dollar savings, buy 30 kilos of cocaine, and use their street team to move it out in four months, leaving a million dollar profit for both Priest and Eddie, allowing them to get out of the business for good. Eddie is wary but willing to go along, but Scatter (Julius Harris), a former dealer who set Priest up in the cocaine trade, is both unwilling and unable to sell them that much product. As Priest looks for a new source for his big score, one of his underlings, Fat Freddie (Charles McGregor) is picked up by the police, and under violent interrogation, Freddie tells the cops about Priest's underground empire. When Priest is confronted by the police, however, he learns they're less interested in putting him behind bars than in making him a partner. While Superfly was a box-office smash and (along with Shaft and Sweet Sweetback's Baadasssss Song) one of the key films of the nascent blaxploitation movement of the early '70s, it's best remembered today for the soundtrack composed and performed by Curtis Mayfield, which included the hit songs "Freddie's Dead," "Pusherman," and the title tune.