Bigger Than the Sky 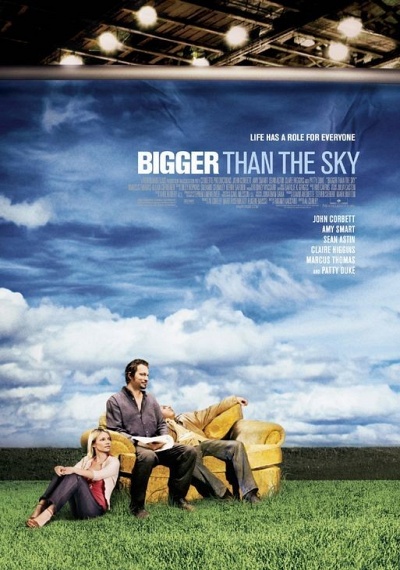 Peter Rooker is a man who has come to a crossroads in his life — he's just been given his walking papers by his girlfriend, has lost interest in his job, and is looking for something new in his life. Filled with ennui, one evening Peter walks into a small theater where a community drama company is holding auditions for a production of Cyrano de Bergerac. While Peter has no acting experience and stumbles through his impromptu audition, director Edwina thinks there's a great Cyrano lurking inside him, and gives him the title role. Before long, Peter has gained a new circle of friends, dominated by eccentric small-time actors Michael and Grace, who are playing Christian and Roxanne, and a new enthusiasm for life. But as it happens, both Peter and Michael have become infatuated with Grace, and as Peter tries to find a way to win her attention, Edwina begins to wonder if casting Peter was such a good idea after all.