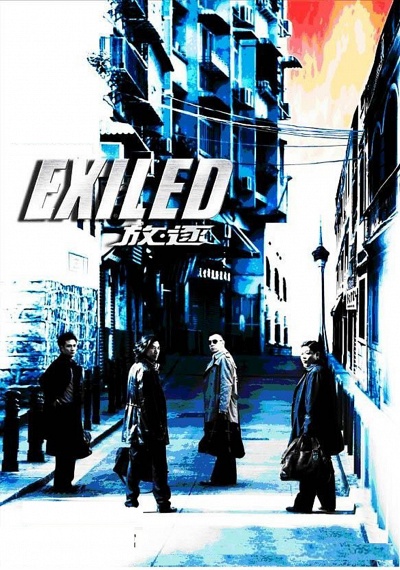 For the first time since The Mission in 1999, Anthony Wong (Infernal Affairs) and Francis Ng (Infernal Affairs 2) once again team up with Johnnie To and his regulars Roy Cheung (Infernal Affairs 2), Lam Suet (PTU), and Simon Yam (Election) in another action-packed ensemble piece Exiled. Joining this virile cast are Richie Jen and Nick Cheung, both of whom worked previously with Johnnie To in Breaking News, as well as new collaborator Josie Ho (Butterfly). The time is 1998. The setting is Macau. Every living soul jumps at every chance to make quick money before the Portuguese colony ushers in a new era under the Chinese rule. For the jaded hit men, they wonder where this journey will end. Against this background of fin-de-siècle malaise come two hit men from Hong Kong sent to take out a renegade member trying to turn over a new leaf with his wife and newborn baby. They soon find themselves in the throes of a dilemma when two of their former associates also show up, intent on thwarting them at every cost.