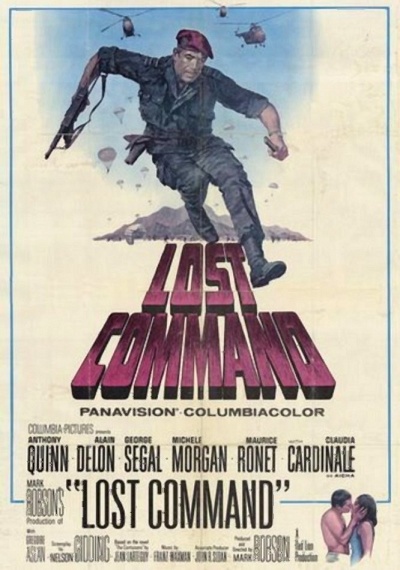 The film begins with the final moments of the Battle of Dien Bien Phu in 1954, when the final assault of Viet Minh is imminent. The weakened French garrison awaits reinforcements that arrive with a single plane under the command of Major De Clairefons. The outpost commander, Basque Lt. Col. Pierre-Noel Raspeguy (Quinn) fights to protect the group, but the paras are slaughtered as they land