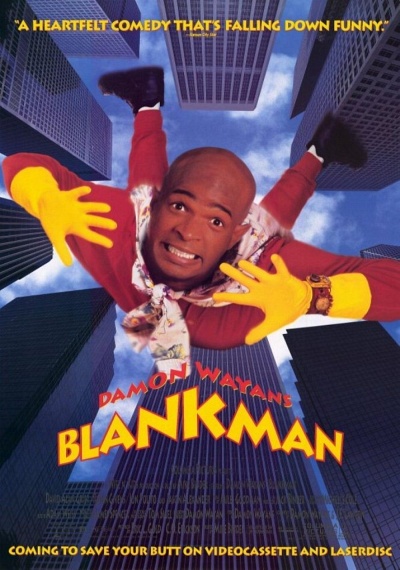 City crime is at its worst. The police are on strike. The mob is holding the mayor hostage. Only one man has the courage to take a stand, but he&#39;s got no superpowers, no money and no name. He&#39;s Blankman, a self-appointed neighborhood crimestopper who&#39;s so broke he fights crime in his underwear. Eccentric inventor Darryl Walker (Damon Wayans) can turn an orthopedic shoe into a lethal boomerang and his grandmother&#39;s housecoat into a cape. Armed with an arsenal of homemade crime-fighting gizmos, the mild-mannered Darryl transforms himself into ever-vigilant Blankman. Joining him in his war on crime is his older brother and reluctant sidekick, Kevin (David Alan Grier); Kimberly Jonz (Robin Givens) is the ace reporter whose story catapults Blankman to fame, with Jason Alexander as sleazy newsman Mr. Stone.