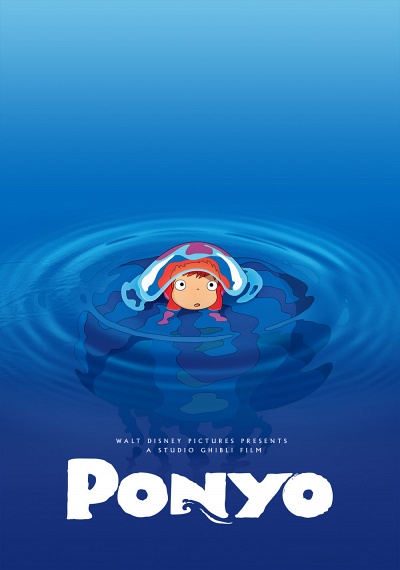 Ponyo on the Cliff by the Sea, Gake no Ue no Ponyo) is a 2008 animated film by the Japanese anime studio Studio Ghibli, written and directed by famed anime filmmaker Hayao Miyazaki. It is Miyazaki's ninth film for Ghibli. The plot centers on a 5-year-old boy and his relationship with a goldfish princess who longs to become human.