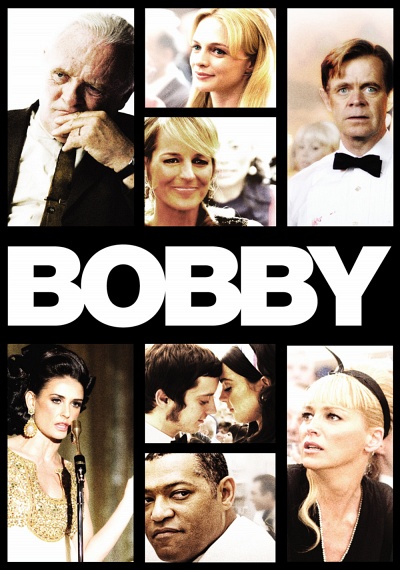 "Bobby" re-imagines one of the most explosively tragic nights in American history. By following the stories of 22 fictional characters in the Ambassador Hotel on the fateful eve that Presidential hopeful Senator Robert F. Kennedy was shot, writer/director Emilio Estevez and an accomplished ensemble cast forge an intimate mosaic of an America careening towards a moment of shattering change – as different characters navigate prejudice, injustice, chaos and their own complicated personal lives, while seeking the last glimmering signs of hope in Kennedy's idealism. In exploring the diverse experiences of ordinary people, the film celebrates the spirit of an extraordinary man and servers as a snapshot of this emblematic time in history.