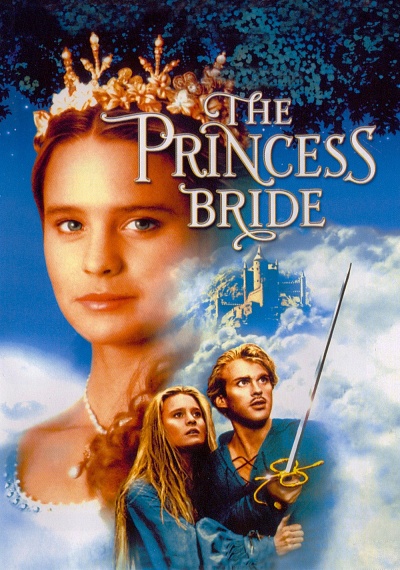 Return to a time when men were men and swamps were swamps. Fire swamps, that is. Full of quicksand and Rodents of Unusual Size. Lagoons were inhabited by shrieking eels. And the most beautiful woman in the world was named…Buttercup? Well, it's a bent fairy tale. Complete with all the fencing, fighting, chases, escapes, and silly accents you'd expect. Plus one of two things only Rob Reiner (director of "Misery", "When Harry Met Sally...") could dream up. Like Inigo Montoya, who has dreamt his whole life of finding the six finger man who killed his father. Blonde Buttercup loves Westley, a poor stable boy. But when he's captured by pirates, she's chosen by evil Prince Humperdinck to be his princess bride. Along the way, she gets kidnapped, he gets killed. But it all ends up okay.