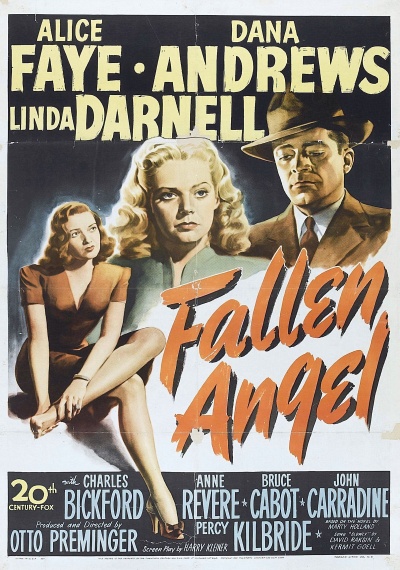 Otto Preminger's classic film noir offering captures the common postwar struggle to get ahead, and one man's balancing act between two women. Dana Andrews stars as a drifter named Eric Stanton, who, after landing in a small California town, falls in love with Stella (Linda Darnell), a diner waitress. She makes it clear that she'll have nothing to do with Eric unless he has some money, so he hatches a plan to marry June Mills (Alice Faye), a wealthy reclusive spinster who is in love with him. Unfortunately, right after the wedding, Stella turns up dead, and the blame is placed on Eric.