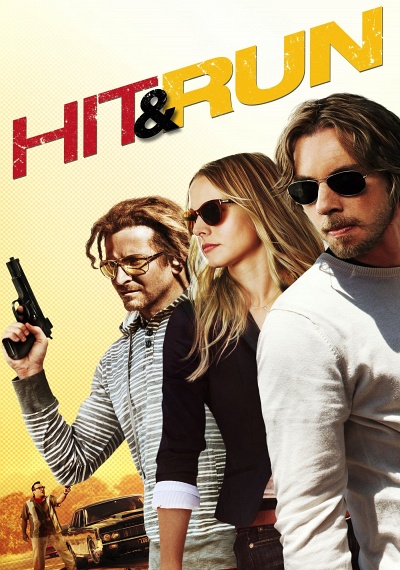 Dax Shepard and Kristen Bell star in this hilarious, non-stop action-packed comedy co-starring Bradley Cooper, Kristin Chenoweth and Tom Arnold. A nice guy with a questionable past, Charlie Bronson (Shepard), risks everything when he busts out of a witness protection program to drive his girlfriend (Bell) to Los Angeles for the job opportunity of a lifetime. Their road trip grows awkwardly complicated, however, when they're chased by an inept fed (Arnold) and Charlie's ex-pal (Cooper), a vengeance-crazed criminal he helped put behind bars. Hit & Run is a high-speed race to the finish where the brakes are off and the chase is on.