Back in the Day 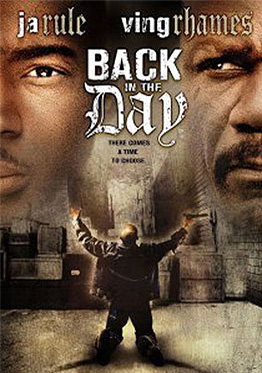 Reggie Cooper is a young man who has seen life from both sides of the tracks. When his father is brutally murdered, he turns to J-Bone, a charismatic gangster and Reggie's oldest friend and protector from "back in the day." As Reggie begins to slip back into a life of crime, he meets and falls in love with the daughter of a preacher he is suspected of murdering. Reggie is at a crossroads as he is now forced to choose between her and his oldest friend. Triple-Platinum Rap Superstar Ja Rule plays Reggie and Golden Globe® winner Ving Rhames plays J-Bone. Pam Grier and Tia Carrere also star in this story of one man's survival growing up in a violent inner city neighborhood.