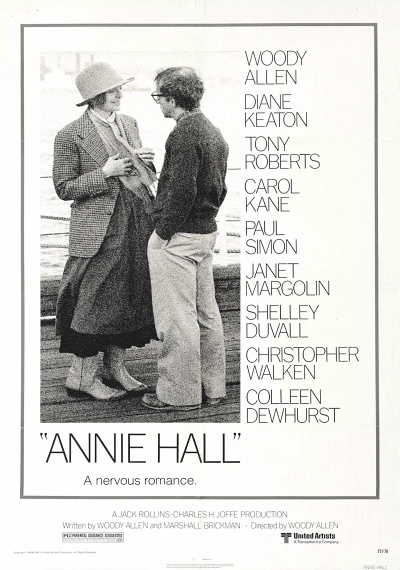 Writer-director-actor Woody Allen is in prime form in this celebrated comedy in which he portrays a neurotic, highly insecure and indecisive comedy writer who falls head over heels in love with a naive small-town "girl" (Diane Keaton) who wants to be a singer. The opening rounds of their relationship involve every romantic cliche (hilariously re-created by Allen). Keaton's horrified parents snub the nerd-ish city slicker who loves their daughter, but they move in together, anyway. Insecure Allen is so sure he will lose Keaton that he interprets her every move as rejection. As Keaton's self-confidence grows, Allen's progressively fades. Keaton debuts as a singer, is "discovered" by a record tycoon and agrees to move to Hollywood and live with him. Now Allen has really lost her.