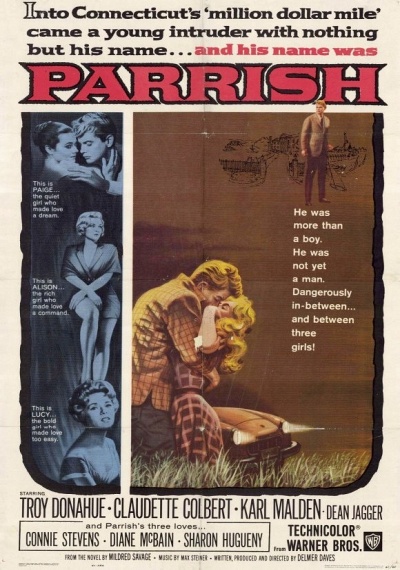 Having previously collaborated on "A Summer Place," a film that helped define romantic love for a generation of moviegoers, writer/director Delmer Daves and teen idol Troy Donahue re-teamed to tell this story of an ambitious young man determined to make his fortune. He enters high society with little more than his name, his hopes, and the love of his doting mother (Claudette Colbert in her last feature film role). Juggling and struggling with relationships with no fewer than three young women along the way, he ultimately enlists the support of a savvy tobacco grower in his dangerous confrontation with a ruthless tycoon.