Islands in the Stream 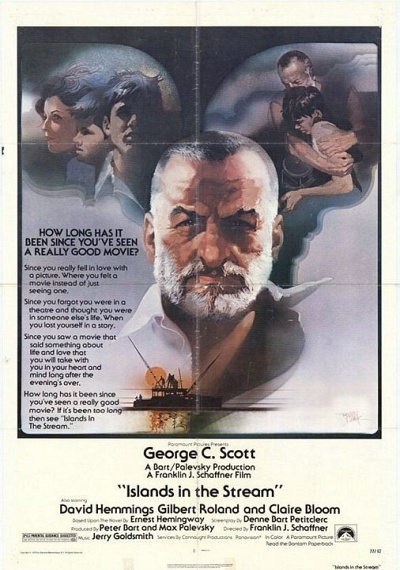 War. Freedom. Loyalty. Love. Manhood. Ernest Hemingway's most powerful themes are gloriously captured in Islands In The Stream. George C. Scott and director Franklin J. Shaffner, who teamed so memorably in Patton, reunite in this compelling version of "Papa" Hemingway's posthumous novel. Scott plays Thomas Hudson, a sculptor whose self-imposed isolation in the Bahamas is ended by two forces: the visit of his sons...and the outbreak of World War II. The film is touching in its details of a father's love- and heroic in its defiance of tyranny. The rich sweep of a literary legend washes over Islands In The Stream.