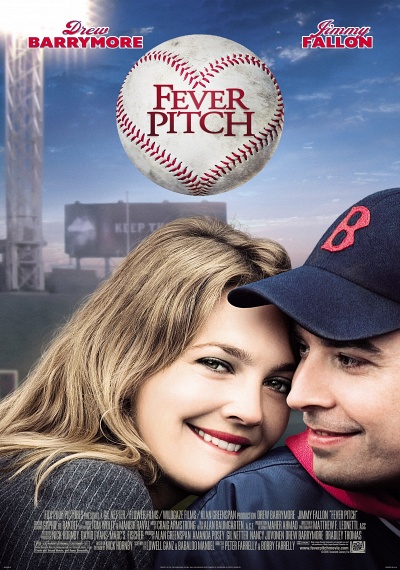 Nick Hornby's acclaimed memoir about one man's struggle to balance his love of a woman and his love for soccer was the basis of a well-reviewed British film in 1997, and now gets a Americanized rewrite with this picture, in which the game is changed from soccer to baseball. Ben (Jimmy Fallon) is a high-school teacher who meets Lindsay (Drew Barrymore), who has a successful career in business. Ben and Lindsay don't appear to have much in common on the surface, but they hit it off and are soon involved in a serious romance. But when spring rolls around, Lindsay becomes aware of the true love of Ben's life -- the Boston Red Sox. Despite the team's lamentable record, Ben has been a fiercely loyal Red Sox fan since childhood, and Lindsay finds it hard to compete with his passion for baseball, while Ben is forced to choose between the obsessions of his youth and the enthusiasms of a responsible adult. Fever Pitch was shot in part in Boston during the 2004 baseball season, which to the surprise of the filmmakers saw the Red Sox winning baseball's world series for the first time since 1918.