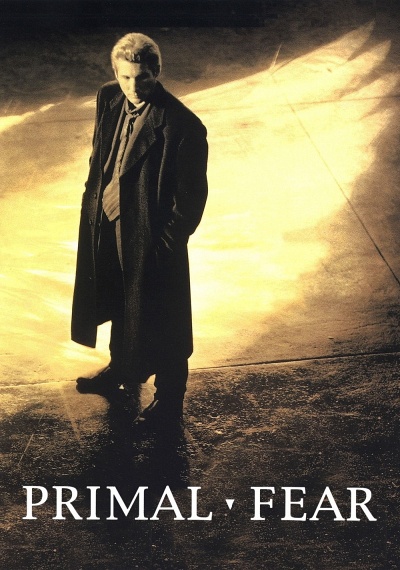 A high-profile slaying becomes the case of an ambitious attorney's career in this legal thriller based on the novel by William Diehl. Richard Gere stars as Martin Vail, a famed defense lawyer who volunteers his services to Aaron Stampler (Edward Norton), a Kentucky teenager charged with the murder of a Chicago archbishop. Covered with blood, Aaron was captured after a foot chase broadcast live on TV, making a gleeful Vail certain that he could raise his profile by defending the obviously guilty suspect. Assigned to prosecute is Assistant District Attorney Janet Venable (Laura Linney), who is Vail's ex-girlfriend. Vail's case becomes more complicated than he expected when a psychologist, Dr. Molly Arrington (Frances McDormand) concludes that Stampler suffers from multiple personality disorder. Vail also uncovers evidence that the archbishop was involved in a corrupt land scheme and may have molested young parishioners. Now the cynical, opportunistic attorney is faced with a daunting prospect, a client who may actually deserve his best defense. Its shocking, twist ending made Primal Fear (1996) a big box office hit and earned Norton, in his screen debut, an Oscar nomination for Best Supporting Actor.