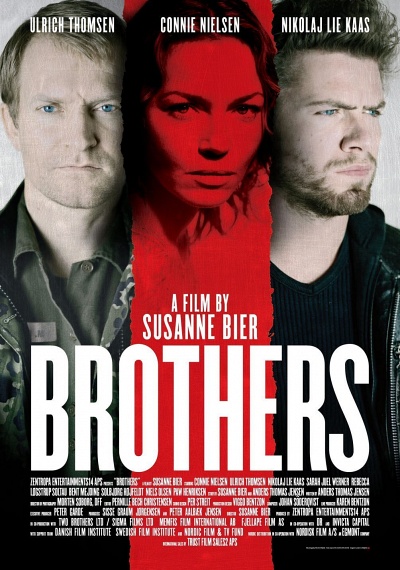 BROTHERS (the basis for Jim Sheridan's recent remake starring Natalie Portman, Jake Gyllenhaal and Toby Maguire) tells the story of 2 very different brothers: Jannik, a drunken loser who has just been released from prison for bank robbery and assault; and Michael, a well-respected army major and family man, with a wife, Sarah (Nielsen), and 2 kids. When Michael is sent to Afghanistan to rescue a captured soldier, his helicopter is shot down and he is assumed to have been KIA. The news devastates Sarah, and Jannik becomes more reckless before stepping in to help her and the kids build a new life. But as Jannik and Sarah grow close, it is discovered that Michael has survived--and has done something that haunts him and threatens everything and everyone.