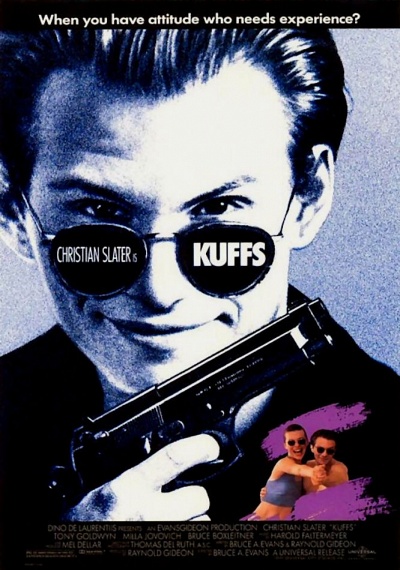 Christian Slater stars in this non-stop action-comedy! George Kuffs (Christian Slater) is a restless young man who wants to make the big score. But when his beautiful girlfriend (Milla Jovovich) begins to get serious, George decides it's time to move on. Approaching his older brother Brad (Bruce Boxleitner) for a loan, George receives a job proposal instead: join Brad's well-regarded Patrol Special team. Not real keen on the idea, George nonetheless becomes the new owner of the business when Brad is heartlessly gunned down in the line of duty. Soon George finds himself battling a crime spree in his district with a surly police partner (Tony Goldwyn). Out to avenge his brother, George closes in on a crooked art dealer who is trying to wrestle the district away from him. Breakneck action meets slapstick comedy with a hip score by Harold Faltermeyer in this high-powered adventure!