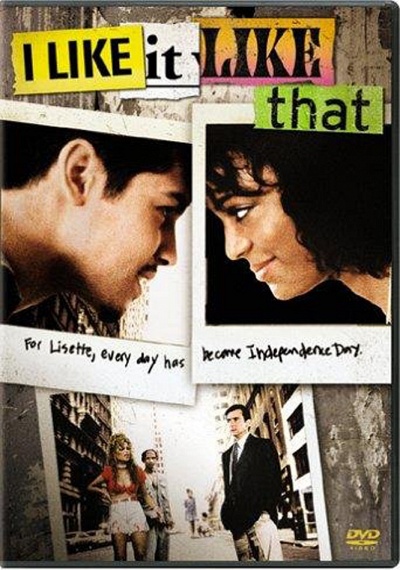 A Hispanic woman unexpectedly discovers a new outlook on life after taking a new job in this heartfelt, observant comedy-drama. Young Bronx mother Lisette (Lauren Velez) has enough to deal with without taking a job, as she is struggling to raise her three young children and keep her marriage to bicycle messenger Chino (Jon Seda) afloat. When Chino is jailed after committing a robbery, however, Lisette turns to the want ads to find a new source of income. Expecting a one-time modeling gig, she stumbles into a position as assistant to Stephen Price (Griffin Dunne), a white music executive handling Latino music. Lisette proves a natural at the job, finding a new sense of purpose and self-assurance. Unfortunately, Chino isn't particularly grateful for her efforts, especially after hearing a rumor that Lisette has been cheating on him with Stephen. Director Darnell Martin populates her debut film with a mosaic of colorful supporting characters, ranging from Lisette's transsexual brother (Jesse Borrego) to Chino's meddling mother (Rita Moreno). Though the film presents a relatively old-fashioned story of self-realization, the knowing presentation of a multi-racial Bronx neighborhood enhances its vital feel.