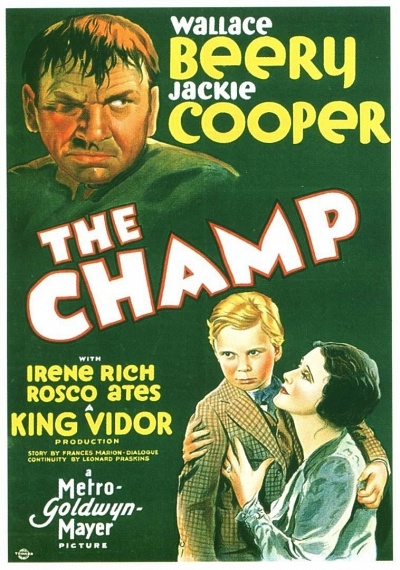 Dink Purcell loves his alcoholic father, ex-heavyweight champion Andy "Champ" Purcell, despite his frequent binges, his frequent gambling and their squalid living conditions. And there's nothing Andy wouldn't do for Dink. When Andy wins a race horse gambling, he gives it to Dink and they race it at a Tijuana track. There, Dink meets Linda Carleton, a race horse owner herself, and they have an immediate rapport. But Linda's rich husband sees Andy and realizes Dink is Linda's son, who she gave up when she and Andy divorced. Andy is bribed $200 to allow Dink to visit with Linda, but refuses to allow Dink to spend six months with the Carletons. When Andy loses the horse gambling and winds up in jail after a drunken tirade, he realizes Dink's place is with his mother. Dink tearfully goes but sneaks out and returns at his first opportunity, filling a depressed Andy with a desire to make good. So Andy goes into training after his managers arrange a boxing match with the Mexican champion.