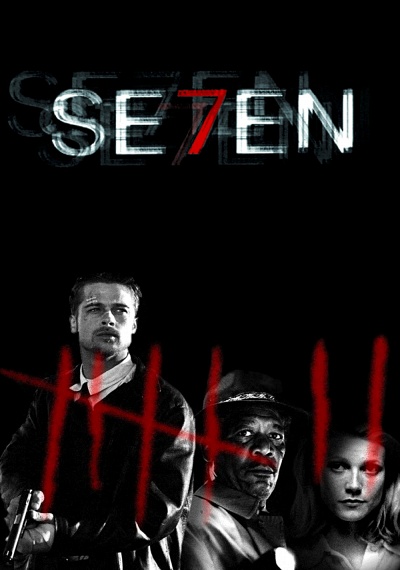 When city police find a murder victim who was somehow forced to die of overeating, it puts veteran Detective William Sommerset and his new, talented but still green partner, Detective David Mills, on a desperate hunt for a serial killer who is making statements by staging his victims as tableaus of the Seven Deadly Sins. The first corpse found was “Gluttony,” and soon the detectives find more: a lawyer killed because of his Greed; an insurance scammer killed for his Sloth; a fashion model killed for her Pride. Each murder scene is elaborately planned, the victims chosen specifically because of who they are, and posed methodically in death. With time running out for the last two possible victims -- Envy and Wrath -- can Sommerset and Mills get ahead of the killer before his final two acts come to deadly fruition? Starring Morgan Freeman, Brad Pitt, Kevin Spacey, Gwyneth Paltrow and R. Lee Ermey. Directed by Academy Award and Golden Globe-nominee David Fincher.