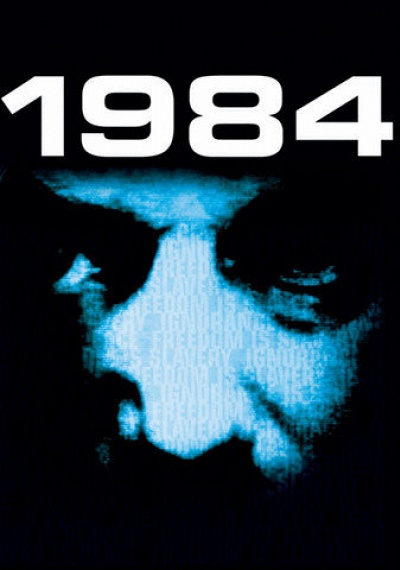 Directed by British filmmaker Michael Radford, Nineteen Eighty-Four is the second film adaptation of the George Orwell novel. The film is set during April of 1984 in post-atomic war London, the capital city of the repressive totalitarian state of Oceania. Winston Smith (John Hurt) is a government bureaucrat whose job is rewriting history and erasing people from existence. While his co-worker Parsons (Gregor Fisher) seems content to follow the state's laws, Winston starts to write in a secret diary despite the fact the "Big Brother" is watching everyone at all times by way of monitors. He silently suffers and tries to comprehend his oppression, which forbids individual human behaviors such as free thinking and sex. He meets Julia (Suzanna Hamilton), who works for the Ministry of Truth, and they engage in a stoic love affair. They are soon found out, and Winston is interrogated and tortured by his former friend O'Brien (Richard Burton in his final film appearance).