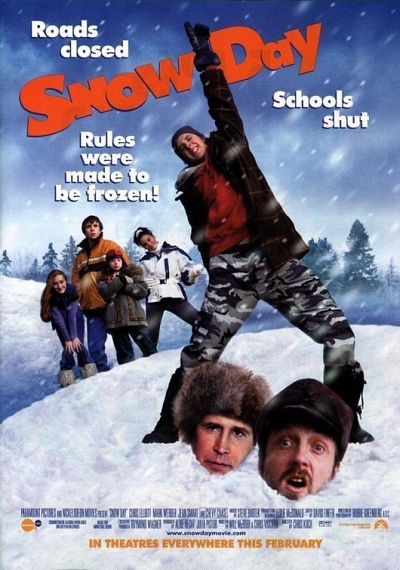 School's out and fun's in! Hot young stars team up with comic favourites Chevy Chase, Chris Elliott and Jean Smart for this kids-in-charge, adults-in-meltdown comedy that "packs the punch of a well-timed snowball, zinging straight for the funny bone!" (Chicago Tribune). An unexpected overnight snowfall has made roads impassable. And that means a no-school, no-rules snow day! For fifteen year- old Hal (Mark Webber), it's a chance to win the heart of popular Claire (Emmanuelle Chriqui) – or totally embarrass himself. For ten-year-old Natalie (Zena Grey), it's a chance to create something even better than a snow day: a second snow day! But to do that, she must stop Snowplowman (Elliott), the town's relentless, road-clearing fiend. Better watch out, Snowplowman. Because anything can happen on a snow day... and in this hilarious comedy, just about everything does!