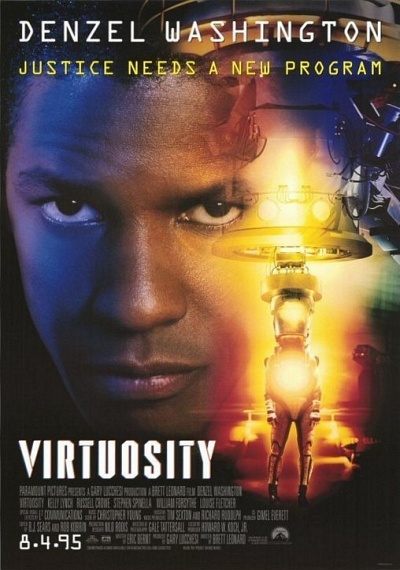 Ex-cop Denzel Washington is sprung from prison to battle a 'virtual' villain in this futuristic thriller. Developed as a police training device, 'Sid 6.7' has the character traits of 181 psychopaths--including Hitler, Manson and the creep who killed Denzel's family--programmed into its memory bank. Now he's escaped from cyberspace, and it's up to Washington to hunt him down!