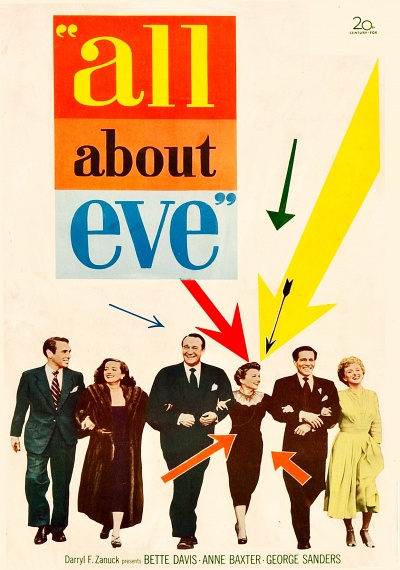 From the moment she glimpses her idol at the stage door, Eve Harrington (Ann Baxter) is determined to take the reins of power away from the great actress Margo Channing (Bette Davis). Eve maneuvers her way into Margo's Broadway role, becomes a sensation and even causes turmoil in the lives of Margo's director boyfriend (Gary Merrill), her playwright (Hugh Marlowe) and his wife (Celeste Holm). Only the cynical drama critic (Oscar® winner George Sanders) sees through Eve, admiring her audacity and perfect pattern of deceit. Thelma Ritter and Marilyn Monroe co-star in this acclaimed classic, which won six Academy Awards® and received the most nominations in film history.