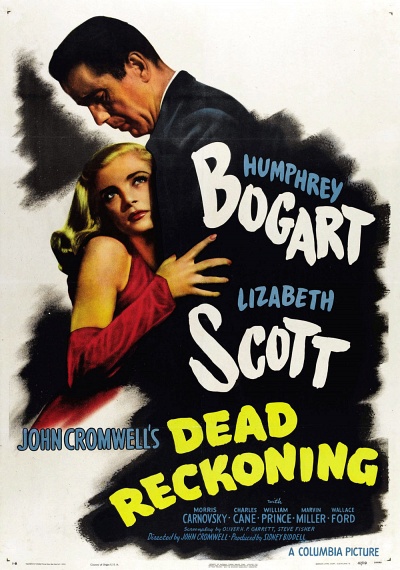 Academy Award(r) winner Humphrey Bogart is at his best as a hard-boiled sleuth in this '40s film noir classic. In one of his most exciting roles, the inimitable Bogie plays Rip Murdock, an ex-G.I. trying to find out who framed his pal Johnny for murder--and then rubbed him out! Tracing his war buddy's shadowy past leads Rip to Coral Chandler (Lizabeth Scott), who was once Johnny's sweetheart. Now she's a chanteuse in a nightclub run by a brutal gangster, Martinelli (Morris Carnovsky). Rip gets a taste of the beautiful blonde's seductive charms and soon finds himself ensnared in a twisted web of deceit and danger. Is Coral an innocent thrush - or is she a predatory siren leading Bogie to the "Dead Reckoning"?