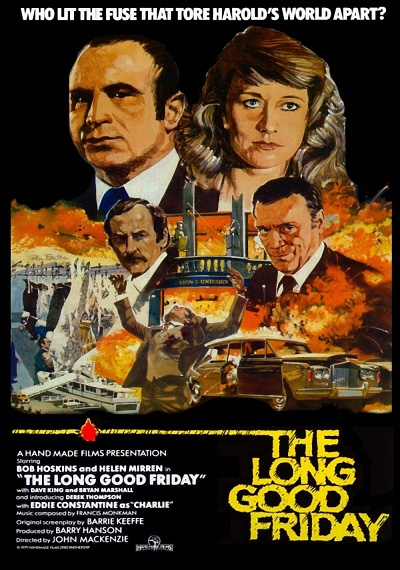 Entrepreneurial mob boss Harold Shand (Academy Award-nominee Bob Hoskins, Mona Lisa) runs an underworld empire but his dreams are much bigger. He and his sophisticated wife (Oscar-winner Helen Mirren, The Queen) aspire to partner with American mobsters to turn the barren docklands of London into a development for the upcoming Olympics. But their perfect plan begins to unravel when a string of deadly bombings leads Shand to the stunning realization that he is being targeted by the IRA. A bloody race to hold on to his crumbling schemes brings him to an explosive climax in this taut, riveting thriller.