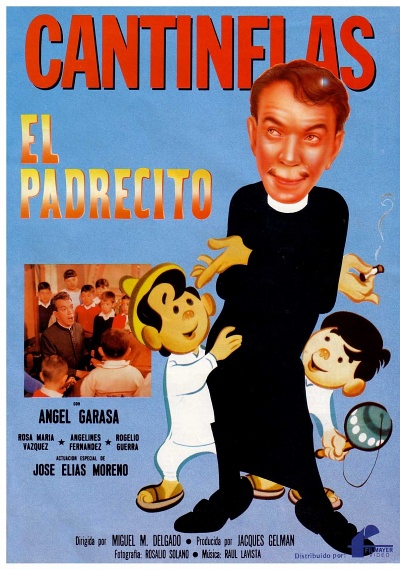 The young priest Father Sebastián (played by Cantinflas) is assigned to a parish in San Jeronimo el Alto, where he is not welcomed by the community, particularly the resident priest Father Damián (played by Ángel Garasa). The newcomer gradually earns the trust of the people through humor, but firmly captures their hearts by saving the town fiesta by fighting a bull when the hired torero failed to show.Father Sebastián counsels the townspeople, lecturing them on their duties in a modern society. He used the collection plate to redistribute the town's wealth more evenly. When accused of communism, he quoted the 1891 socially-conscious encyclical Rerum Novarum. He even ventured into politics, with a veiled attack on the municipal president couched into a sermon. Eventually, he brokers a deal with the local political boss for some concessions for the poor of his parish.