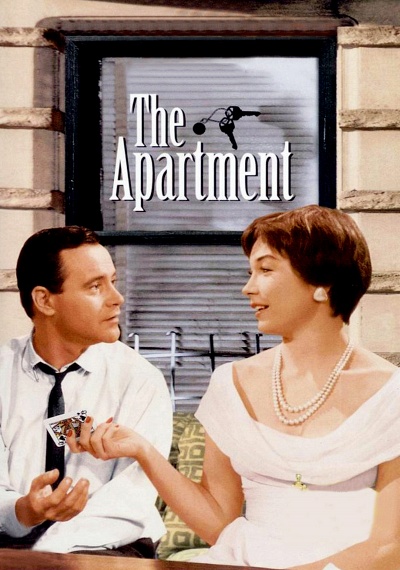 Widely regarded as a comedy in 1960, The Apartment seems more melancholy with each passing year. Jack Lemmon plays C.C. Baxter, a go-getting office worker who loans his tiny apartment to his philandering superiors for their romantic trysts. He runs into trouble when he finds himself sharing a girlfriend (Shirley MacLaine) with his callous boss (Fred MacMurray). Director/co-writer Billy Wilder claimed that the idea for The Apartment stemmed from a short scene in the 1945 romantic drama Brief Encounter in which the illicit lovers (Trevor Howard and Celia Johnson) arrange a rendezvous in a third person's apartment. Wilder was intrigued about what sort of person would willingly vacate his residence to allow virtual strangers a playing field for hanky panky. His answer to that question wound up winning 6 Academy Awards, including Best Picture, Best Director, and Best Original Screenplay. The Apartment was adapted by Neil Simon and Burt Bacharach into the 1969 Broadway musical Promises, Promises.