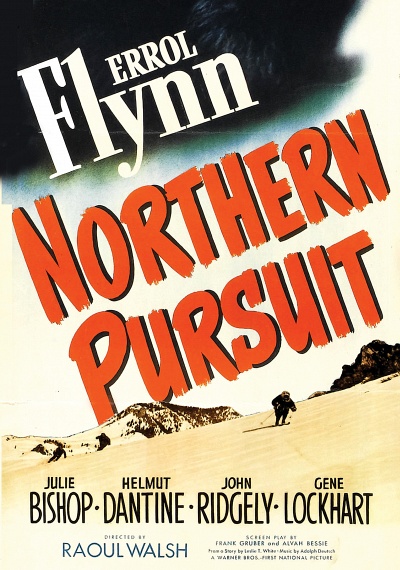 Flynn is cast as Canadian mountie Steve Wagner, assigned to track down and capture downed Nazi pilot Hugo von Keller (Helmut Dantine) in the snowier Hudson Bay regions. Once Wagner and fellow mountie Jim Austin (John Ridgely) catch up with Von Keller, they pretend to be on his side, hoping that he'll reveal his espionage plans. Taken in, Von Keller leads the mounties towards a secret Nazi hideaway, where the Germans have hidden a huge bombing plane, to be used against North America. The fact that Wagner is posing as a Nazi sympathizer hardly endears him to Von Keller's hostage Laura McBain (Julie Bishop), but when the truth is revealed she professes her love for him.