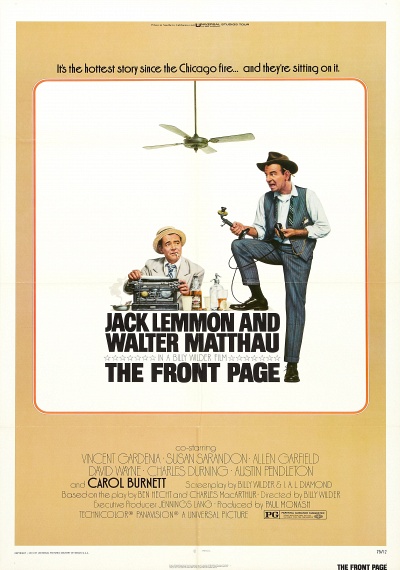 The Front Page is a comedy from director Billy Wilder from 1974 starring Jack Lemmon, Walter Matthau and Susan Sarandon. A journalist named Johnson is suffering from burn-out and wants to finally say goodbye to his office except for the fact that his boss doesn't like the idea one bit.