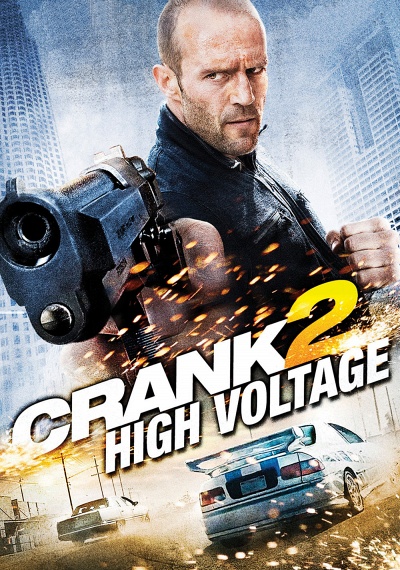 Picking up immediately where the first movie left off, Crank 2 High Voltage finds Chev surviving the climactic plunge to his most certain death on the streets of Los Angeles, only to be kidnapped by a mysterious Chinese mobster. Three months later, Chev wakes up to discover his nearly indestructible heart has been surgically removed and replaced with a battery-operated ticker that requires regular jolts of electricity in order to work. After a dangerous escape from his captors, Chev is on the run again, this time from the charismatic Mexican gang boss El Huron (Clifton Collins, Jr.), and the Chinese Triads, headed by the dangerous 100 year-old elder Poon Dong (David Carradine). Chev is determined to get his real heart back and wreak vengeance on whoever stole it, embarking on an electrifying chase through Los Angeles where anything goes to stay alive.