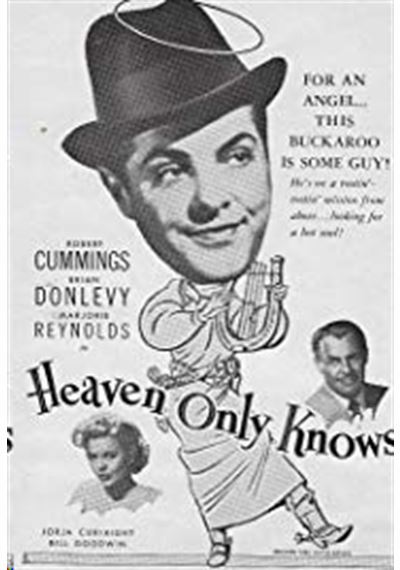 Trade shown, reviewed and released as "Heaven Only Knows," for a short while ... UA pulled it back, in the same release year, and retitled it "Montana Mike" and sent it back out again ... it was a "religious" film or, to be more specific, a "religious fantasy" film. but it sold well in the stix as a Western, and worked well as one also. It seems that in Heaven, the Book of Life and The Book of Destiny are all out of balance because of one guy, a Montana saloon keeper and cold, ruthless killer, and the problem is the angels forgot to make a entry in the Book of Life for him. So a Heavenly Messenger named Michael---evidently a favorite name for angels in movies or else some people have long memories---is sent down to do what he can in getting the books balanced. Dance-hall girl Marjorie Reynolds and preacher's-daughter Jorja Curtwright help complicate the auditing.