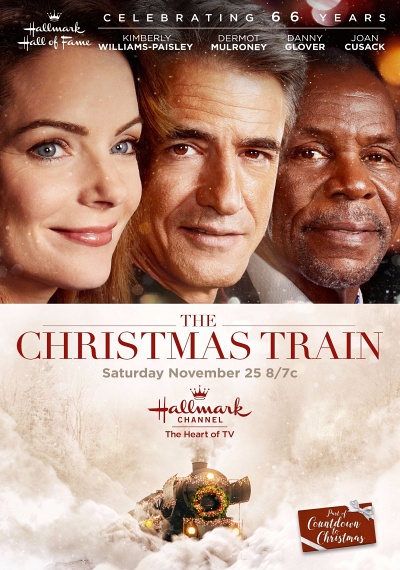 In "The Christmas Train," disillusioned, globetrotting journalist Tom Langdon (Dermot Mulroney) must get from Washington, D.C. to Los Angeles in time for Christmas. Forced to take the intercontinental trip by train, and determined to chronicle his adventure, Tom finds himself westbound with a variety of characters. On the train is renowned movie producer Max (Danny Glover), Max's script doctor and protégé Eleanor (Kimberly Williams Paisley), and Agnes (Joan Cusack) who occupies the cabin opposite Tom's and seems to know his business better than he does. While all passengers on the Christmas train appear to be headed for the same destination, Tom has no idea that the rugged locomotives taking him across America will instead detour straight into his heart – into rude awakenings, his wildest hopes and dreams, and toward the opportunity for love Tom thought was lost forever.