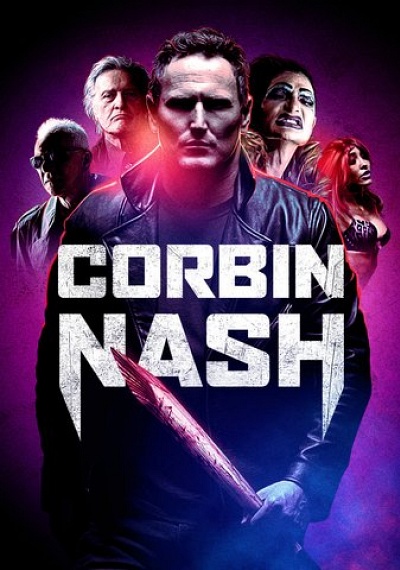 Set in a bloodthirsty Los Angeles, one rogue detective's (Dean S. Jagger) obsessive search for the truth behind his parents' murders leads him to confront a monstrous duo of Queeny (Corey Feldman) and Vince (Richard Wagner) who drag him into a Hellish nightmare he was never prepared for. Lost to an underworld of horrors dating back to the dawn of time, he soon discovers that he is actually the last surviving member of the Nash family, a historic clan of demon hunters. As he is forced to acknowledge a foreboding destiny, he is attacked and brutally left for dead, only to be recovered by Macy (Fernanda Romero), a pure soul who is led by the mysterious Blind Prophet (Malcolm McDowell). At last, Detective Nash is reborn the ultimate killer. Seeking vengeance he wages a violent war on the Beasts that roam the darkness of this world, finally embracing his true legacy… CORBIN NASH, Demon Hunter. Rutger Hauer and Bruce Davison co-star.